Posted by Laura Carney No comments:
Stay tuned, folks. A new blog post soon to come. Too much is happening in grammar and fashion for me to ignore it any longer.
Email ThisBlogThis!Share to TwitterShare to FacebookShare to Pinterest

Posted by Laura Carney 2 comments:
(This post was written in 2008 and is now being reposted.) Believe it or not, on the day after my last post, I received an e-mail regarding my meeting with the aforementioned magazine editor. And ...? I now have a fact-checking job at a major, national consumer magazine in New York City.

Of course, it is only a three-week-long project. But! I will network like crazy while I am there ... and this editor sent my resume to many other influential editors at six women's magazines. So that has to lead to something, right? My plan right now is to search for job openings at those magazines online and then ask the mag editor about them, since she sent my resume to people who already work for those places.

And I will continue on my full-time job search, but in a much-less frustrated way, now that I know I will be able to cover the expenses for getting to my friend's Jamaican wedding after all. And -- I get to feel extra fancy because I have accomplished one of my lifelong goals -- I will be working at a major women's magazine. Even if it is freelance.

Maybe I should start asking for things on this blog as an experiment, just to see if I get a response the next day. I really need a million dollars. No, really.

OK, so personal things aside, back to fashion. It seems like minimalist looks are going to be very big this fall, so I might not have a whole lot to complain about. Minimalist fashion usually involves very well-tailored, simple looks. And a lot of black or gray with maybe one or two stand-out items. I've loved the idea of wearing bright shoes with black clothes for some time now, and I also love the idea of buying classic, well-made pieces that will never go out of style. And I wear a lot of black. But black with one bright color just makes me feel more like an artist. See? In this incredibly blurry photo? 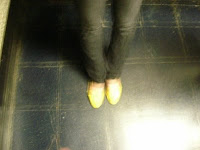 What else is happening? Oh, here is the new bridesmaid dress my friend would like us to wear:

It's basically the same as the other dress, but shorter -- which will be helpful in slimming down our calves since we have to wear flat sandals. (The Ann Taylor dress hit about mid-calf, as many bridesmaid dresses do -- but without heels, it's like the least-flattering leg look you can get). This new dress also has a boat neck, which might emphasize my chest too much ... but not if I lose the 25-30 pounds I plan to lose before this December wedding.

Think it can't be done? Think again ... I put on the weight in the past year due to a medicine that increased my appetite and slowed my metabolism dramatically. I haven't gained a pound in the two months I've been off the medicine, so this should be smooth sailing.

I started an exercise routine last week, using this Pedal Exerciser from Target: 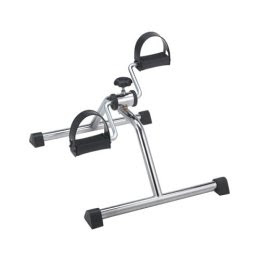 Laugh, if you must. But it really works! My boyfriend already lost 10 pounds from using it ... but then, he uses it for about 2 hours every day.

Also, as I was searching for those flat, dressy silver sandals for the Jamaican beach wedding, I came across a Web site seemingly sent by God to waste all of my time.

It's called Shop Style and it enables you to create various looks based on a database of chothing, shoes, makeup, etc. Amazing. That's all I have to say.

Here's my favorite shoe so far for the bridesmaid dress: 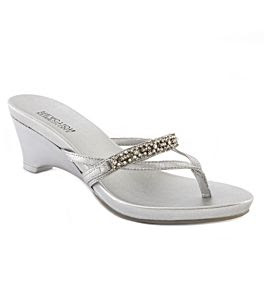 In the end, that site might actually save me time -- it's not the easiest thing to bring a dress to lots of shoe stores to get a difficult-to-find shoe. Shop Style allowed me to place the bridesmaid dress next to the wedding gown and then place up to 600 different silver sandals next to them to see if they matched.

And no, I am not getting paid to say any of this.

As for makeup gripes, I'm still not sure what the major makeup trends will be for fall ... but I do know which lip-plumping lipstick to never, ever use -- in the fall or any other time. 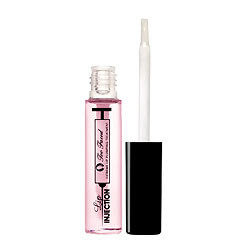 It's called "Too Faced Lip Injection." I guess I should be wary when I see an illustration of a needle on a lip plumper, but here is how the product is described on the Sephora Web site: "Its patented formula is based on medically-proven blood vessel dilating technology touted to create the sexiest pout this side of a plastic surgeon's office."

After trying this gloss on Saturday, I left the Short Hills Sephora store with swollen, painful red lips that looked somewhat like I had been drinking cherry Kool-Aid for seven hours. Even though I rubbed the stuff off vigorously, it still took a good thirty minutes for my mouth to return to a normal, less Angelina-Jolie-on-a-bad-day size ... and color.

If you are really looking to plump something, I recommend that you try this Christian Dior mascara, which did something amazing to my eyelashes, especially after I used it three times. (I was waiting for my friend to get a makeover). Geez, it seems like I left that place looking like Pamela Anderson ...

Anyway, here's the mascara, which I will most likely not be able to fit into my budget any time soon:

A pretty good find, I'd say, for a company that promotes itself with zebra-print and leopard-print eye-shadows -- on its Web site and on its staff. Eek!

As far as grammar gripes go, the other day my bride-to-be friend said one wedding gown she tried on was more "bridally" than the other ... I think I understood what she meant, but I'm still not completely sure.

I learned something tremendously serendipitous, language-wise, just yesterday, however. My friend is getting married in the mayoral office on Friday, August 8th (but then technically renewing her vows in Jamaica in December). Friday turns out to be 08/08/08. That's a super lucky number in China, hence the start of the Olympics at 8:08 p.m. on Friday and the reason many Chinese couples are marrying on that day. The New York Times reporter Jennifer 8. Lee even wrote a piece about 08/08/08 weddings in the Sunday Styles section.

But August 8th has been an unlucky day the past five years for me, because it's the anniversary of my father's sudden, accidental passing. Shortly after his death, I began seeing lots of 88s -- in license plates, street signs, on clocks. I also saw variations of it, like 11s and 8s. It drove me a little crazy at first. I couldn't figure out if I was fixated on those numbers or if they really were just magically appearing. I think it falls under the category of "magical thinking" ... something Joan Didion talks about in her memoir of her husband's death. It's something the brain does in order to make sense of something horrifying. That healing potential of the mind is really quite a beautiful thing. But it can be confusing when it is happening.

The other night, after reading Lee's article, I decided to research the reason for the luckiness of the number 8 in China. I discovered that in Mandarin, 8 is pronounced "ba," which sounds like "fa" -- the word for prosperity. But the word "ba" said twice in Mandarin means "father." So August 8th is traditionally Father's Day in China. Another neat fact about "ba" is that in Mandarin slang, the term "88" is often typed to say "goodbye" in e-mails and text messages -- because "ba-ba" sounds like "bye-bye" in English.

Put those together and August 8th stands for "bye-bye" and "father" in Mandarin. How incredibly freaky is that?

I couldn't believe that those are the only three meanings for "ba-ba" -- 88, father and bye-bye -- so I did some further research. The word "ba" also brought up a link to a Feng Shui site, which talks about the "ba gua" or eight ways. The ba gua basically form the eight directions on a compass. Feng Shui uses an octagon-shaped map to separate different parts of a room and to indicate which items of furniture should be placed in those eight areas.

Strangely enough, at my dad's funeral, I recited an essay I had written about his teaching me how to navigate through the woods as a little girl. I called it "The Navigator." I wrote it on Father's Day -- the American one. And many times, I've considered getting a tattoo of a compass to commemorate him, without even realizing it consisted of eight directions.

Very weird. And yet, it makes me feel incredible that maybe this is what all those 88s I used to see meant. At one point, when I got tired of the nonsensical nature of it all, I decided that it would mean my dad was trying to get in touch with me ... and now I think maybe I was right.

Please don't think I sound like Jim Carrey in the movie "23"! I think this stuff is too much of a coincidence to not be true!

On a lighter note, anyone notice all those typos in that recent Sunday Styles section? Is the copy editor on vacation??

Also on a lighter note, I'll leave you with the top half of that minimalist yellow-shoes photo ... 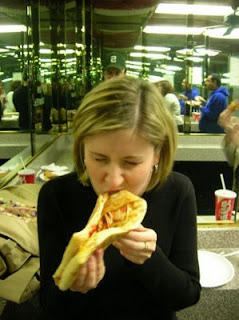 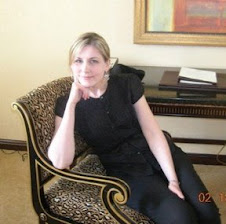 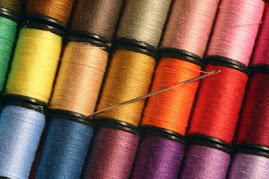 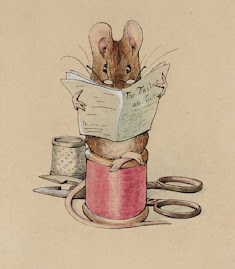 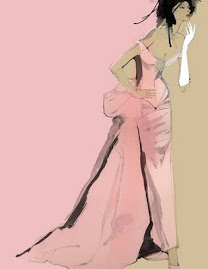